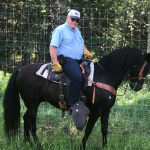 BRIAN MARRIOTTPresident
Brian’s interest in BCHBC is the larger voice promoting the use of equines in the “front” and back country of BC. With the help of like-minded people who enjoyed trail riding all over the East Kootenays, he founded the EAST KOOTENAY chapter of BCHBC in 2015.
He developed his love of horses growing up on his grandparent’s Holmwood Ranch just outside of Kamloops where he was given his first horse, “Flicka” and a saddle (which he still has).

He presently resides in the East Kootenays with longtime partner Mary Lancaster, on approximately 20 acres backing onto thousands of acres of Crown land. Some time in the future these may not exist, so the need to promote BCHBC and sharing the trails to keep Crown lands open to equines. 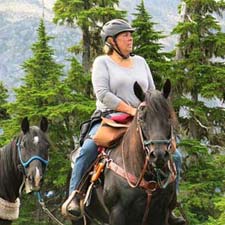 SANDRA ERICKSONVice President
Sandra has been in the wonderful world of horses since 2012. She and her husband bought 40 acres & the next day she bought 2 horses!! They have been exploring the wilderness around BC with them ever since. Sandra founded the Prince George Omineca Chapter and loves the local horse community for clinics and social riding. 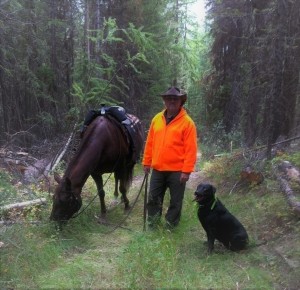 KARL ARNOLDVice President
Karl was born on the Prairies “a long time ago” and has been around horses all his life, on & off. He didn’t own a horse until he & his wife moved to the Kootenay’s in the 70’s, where he followed her lead and bought his first horse. With the vast area surrounding them, finding somewhere new to ride is an easy thing! 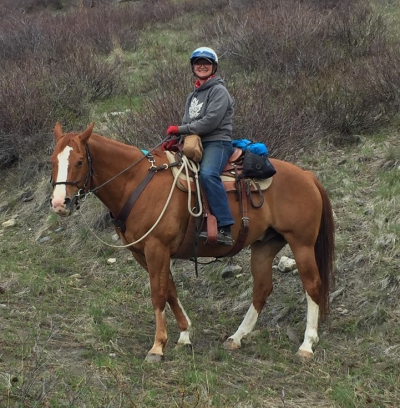 ROSE SCHROEDERAssistant Secretary
Rose was born and raised on the family dairy farm on Sumas Prairie between Abbotsford and Chilliwack BC. She managed the dairy herd for 35 years. Married for 35 years with two sons. Currently semi-retired and busier than ever. She has served on many boards as Chair, director, secretary or treasurer with HCBC, Outdoor Rec, BCHBC and various Agricultural associations.
Horses have always been a large part of Rose’s life. She has been a Certified Horsemanship Association (CHA) Wilderness Guide Instructor and Assistant Clinic Instructor as well as CHA English/Western Level 2 Instructor. Along with 2 partners she co-owned a business that taught trail riding and camping skills through private lessons and clinics across BC and Alberta.
Currently she resides in Salmon Arm, still enjoys trail riding and packing, the sport of Mountain Trail Horse and continues to volunteer through the Back Country Horsemen Society of BC for many trail access and preservation projects with BC Parks and Recreation Sites and Trails. 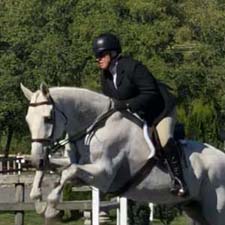 MARIE REIMERVice President
Marie has been riding & caring for horses since the age of 12. Competing first in local hunter/jumper shows, & later 3-day eventing, which she enjoyed for many years. Always passionate about trails, starting with the University Endowment Lands, then Campbell Valley & Aldergove Lake Park trails, along with other BC trails. 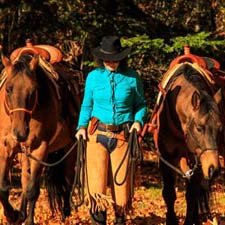 DEBRA OAKMANTreasurer
Deb’s passion is Salmon Brewster trails and Memekay Horse Camp, but loves to get away and enjoy new trails and areas across BC; hopefully more trails in the US in future. Pretty good with paperwork, so can often be found in the home office – but working hard to do less computer and more riding! 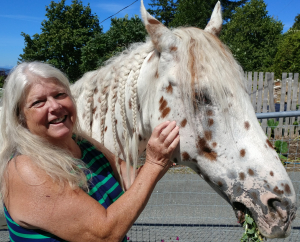 LYNN WHITTLEProvincial Secretary
Prior to moving to Powell River, Lynn worked with vets & Standardbreds at Fraser Downs. There, at 50 years young, she started riding, volunteering and working as assistant barn manager at Valley Therapeutic Riding Association. She became friends with several Aldergrove chapter members and started attending their events, so after moving to Powell River in 2007, she immediately joined that chapter & purchased her first horse. Lynn has held positions of Secretary, Chair and BOD Alternate over the last 15 years. She is a firm believer in BCHBC’s mission and BCHBC is a named beneficiary in her will. Lynn highly recommends doing this. 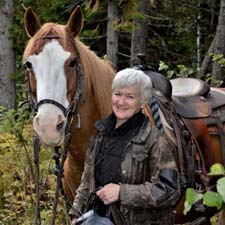 VERNA HOUGHTALINGMembership Coordinator
Verna is currently an active member with Prince George Omineca Chapter. Having served 4 years as VP on the Provincial executive, as well as working with the Communications Committee on developing the new website, she was well equipped to step into the role of Membership Coordinator. She has enjoyed riding since a young teen in a variety of disciplines from dressage to team penning, and always trails!